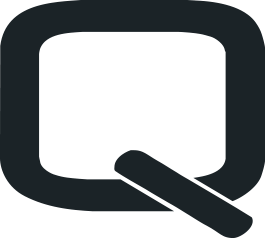 Rapid development of technology leads to major changes in definitions of life styles, habits and needs throughout the world.  Since the existence of human being, furniture which firstly met basic needs such as sitting, sleeping, eating, has become a necessary element of our lives, today integrating with art, design and technology. Through the history of humanity, furniture will also exist. Along with being an integral part of our life styles, it is the only physical equipment that emphasizes out status, and impacts our motivation and productivity.

All these objects that we address briefly, will take a more functional place in our lives in the future and there will be an increase in their demand.

It is estimated that this figure has exceeded 500 billion dollars in 2016. According to targeting calculations regarding estimated growth speeds, it is foreseen that the world’s furniture market will reach a volume of one trillion dollars in 2050. Even in the light of figures determined very simply, it is obvious that furniture sector is a promising sector.

According to 2013 data, four major countries that share 55% of world’s furniture sector are China, U.S., Italy and Germany while Turkey has only 1% share.

According to CSIL 2012 data, world’s furniture trade has displayed a changing growth from 2000 to 2011. Due to economic recession emerged across the entire world between 2001 and 2009, the sector, which displayed a negative status in terms of growth, has shown a growth tendency in subsequent years.

Analyzing the position of Turkish Furniture Production at the world market;

As seen in import and export figures, the sector, despite all its problems, have increased exportation by three times, created demand in domestic market and have become an 8 billion dollar sector. Besides, the furniture industry is very rare in terms of providing `positive’ support of 1.8 billion dollars alone in a very decisive way for export/import balance on current deficit.

However, this success is the outcome of individual efforts.

Until 15 years ago, traditional manufacturing methods and labor intensive small enterprises were dominant in Turkish furniture industry, while the industrial facilities are about to dominate the sector with mass production with high technology. This transformation is, on the one hand, inevitable in competition conditions, and also is a trend which may tend to produce low added value products.

Although we are in 2016, unfortunately the number of enterprises and the number of employees in the sector have not been clearly depicted yet. The problem of unregistered working could not be solved. This cause labor loss for the sector and also prevents training of nee labor force. According to 2012 Social Security Institution data, 116.860 individuals work in furniture sector, and TurkStat data  indicates that 121.080 individuals work in furniture sector; at 16.915 registered workers, the ratio is 6/91 individuals per enterprise.

Ankara is at the 4th rank in terms of enterprise and employment rate in the sector. While the Turkish and world furniture market were growing, the elements which caused Ankara to go back to the 4th rank from the 2nd rank are actually the core for the problems and solutions to Siteler. Just like it did not develop the furniture production industry in one day, it also did not come from the shiny days to today’s problems over night. Manufacturing industries and sectors are like humans; they are born, they crawl, walk, run, and go very fast towards death if they do not keep pace with the change and dynamic of the time. Transport stores of the old times have left their places to huge logistic companies. The small grocery stores of old days have been replaced by large supermarkets. Street stores are resisting against ultra-big Department Store. Everything that does not change or transform is doomed to die.

As a person who has witnessed to the 30 years of Ankara Siteler Furniture Industry, I can easily say that change is quite low in terms of methods and technology utilisation. The main argument which takes Ankara Furniture Industry slowly to death is `change`. The other causes which is listed from memory are just sub reasons. The only solution is to find out-of-the-box solutions. I will try to seek for those solutions in my writings.

VIDEOS
All Videos
OUR REFERENCES
All References
We use cookies on our website to support technical features that enhance the user experience. For detailed information click here.
Accept